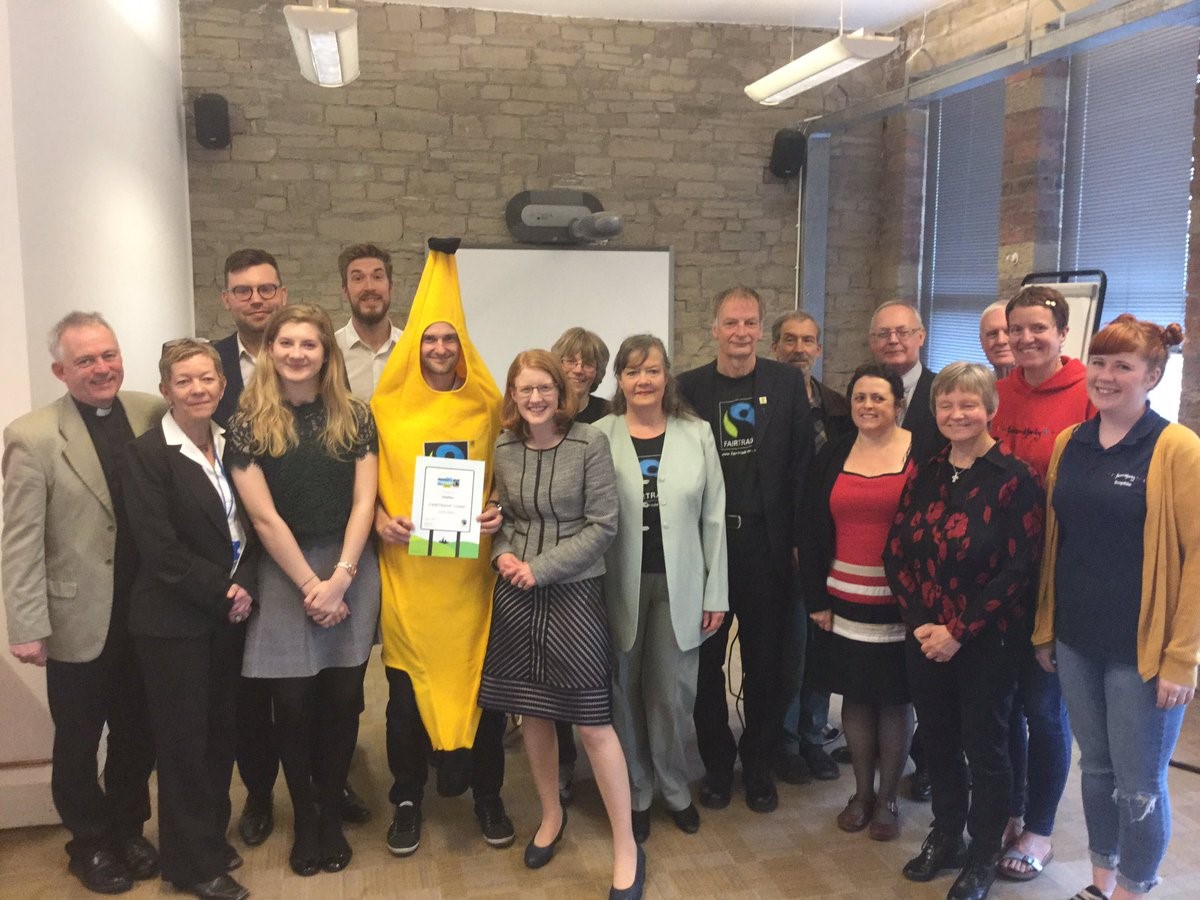 Halifax Labour candidate Holly Lynch has expressed her delight that Halifax has been officially declared a Fairtrade Town after nearly two years’ work by Ms Lynch and local campaigners coordinating the application.

The award recognises a commitment to supporting Fairtrade and using products with the Fairtrade Mark and was presented by the Fairtrade Foundation at a special event in Halifax last Friday.

Fairtrade products guarantee that producers in the poorest parts of the world receive a fair price for the products they trade. The most popular Fairtrade product is bananas with one in three bananas bought in the UK being Fairtrade.

To become a Fairtrade Town required meeting certain criteria that show a commitment to Fairtrade. These included an active campaigning group for Fairtrade, shops, cafes and supermarkets stocking Fairtrade goods, and having passed a motion in support at Calderdale Council.

“Many congratulations to everyone involved. It’s inspiring work by Halifax campaigners and wonderful to have such active support from across the community.

“As a Fairtrade Town residents of Halifax can be proud that their efforts mean more producers receive a fair and stable price, get an extra premium to invest in their community and have improved workplace conditions and protection.”

During her time as an MP for Halifax Holly Lynch has been coordinating the bid for Fairtrade Town status. Ms Lynch said:

“This has been a long process and I have been working hard to achieve this award for Halifax. I am immensely proud of everyone here who has helped out and it was great to get everyone together for the special event where the award was presented.

“I’ve met with many schools, places of worship, employers, shop and cafe owners and local campaigners in our town while putting together the application. It’s been fantastic to see how many people are motivated to make a small change to their shopping to make a big difference to the poorest in the world.

“This is just the beginning and I’m hoping to keep on working closely with the newly established Halifax Fairtrade group to build on this success.”

The award puts Halifax in good company with 1,830 Fairtrade towns worldwide so far, one of the latest being Rio de Janeiro. Speaking after the launch event Calderdale Council leader Tim Swift said:

“This is a huge boost for Halifax and means that we now have two Fairtrade towns in the borough as Hebden Bridge has also attained this status.

“The council passed a motion supporting Fairtrade last year showing support for those in the developing world and recognising the advantages this prestigious status brings to the town.”

“I commend Holly’s work on this issue and this award is the result on two years of hard work to achieve this status for her hometown.”