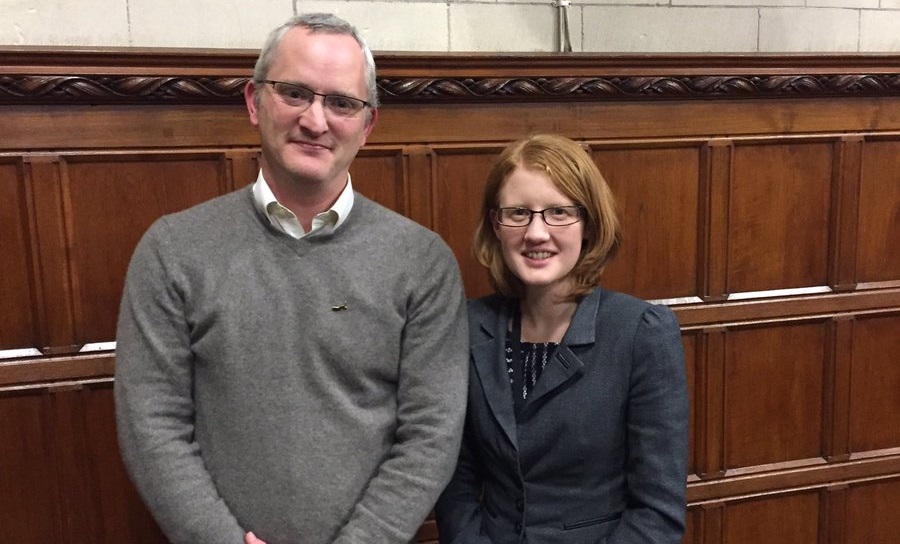 Holly has taken the Finn’s law campaign to Parliament after urging MPs to offer more protections to police dogs and horses.

Finn’s Law is named after a Hertfordshire police dog who was stabbed, along with his handler, while they were pursuing a suspect. German shepherd Finn was stabbed in the head and chest and PC Dave Wardell his handler, received a hand injury.

In response to this attack an online petition was set up calling for tougher sentences for those who attack police animals. At present an offender can only be charged with criminal damage. The petition now has over 120,000 signatures which has led to it being scheduled for debate by MPs.

Ms Lynch recently met with campaigners for Finn’s Law in Westminster. She first raised the issue in a debate on Police Officer safety calling for better protections for Police Officers and police animals. Then this Monday she spoke in a dedicated debate about Finn’s law and met with Finn’s handler PC Wardell.

Speaking after the debate she said:

“I am delighted that MPs are to consider reforming the law to look at ways of giving police dogs and horses more protection to allow them to continue their vital duties of supporting officers and keeping us safe.

“The heartbreaking case of police dog Finn who was stabbed in the head and chest shows that these animals need better protections.

“I have urged the Government to make sure that the law reflects that these are hardworking and highly trained animals and stops treating them the same as objects.”

The petition can be signed at https://petition.parliament.uk/petitions/168678