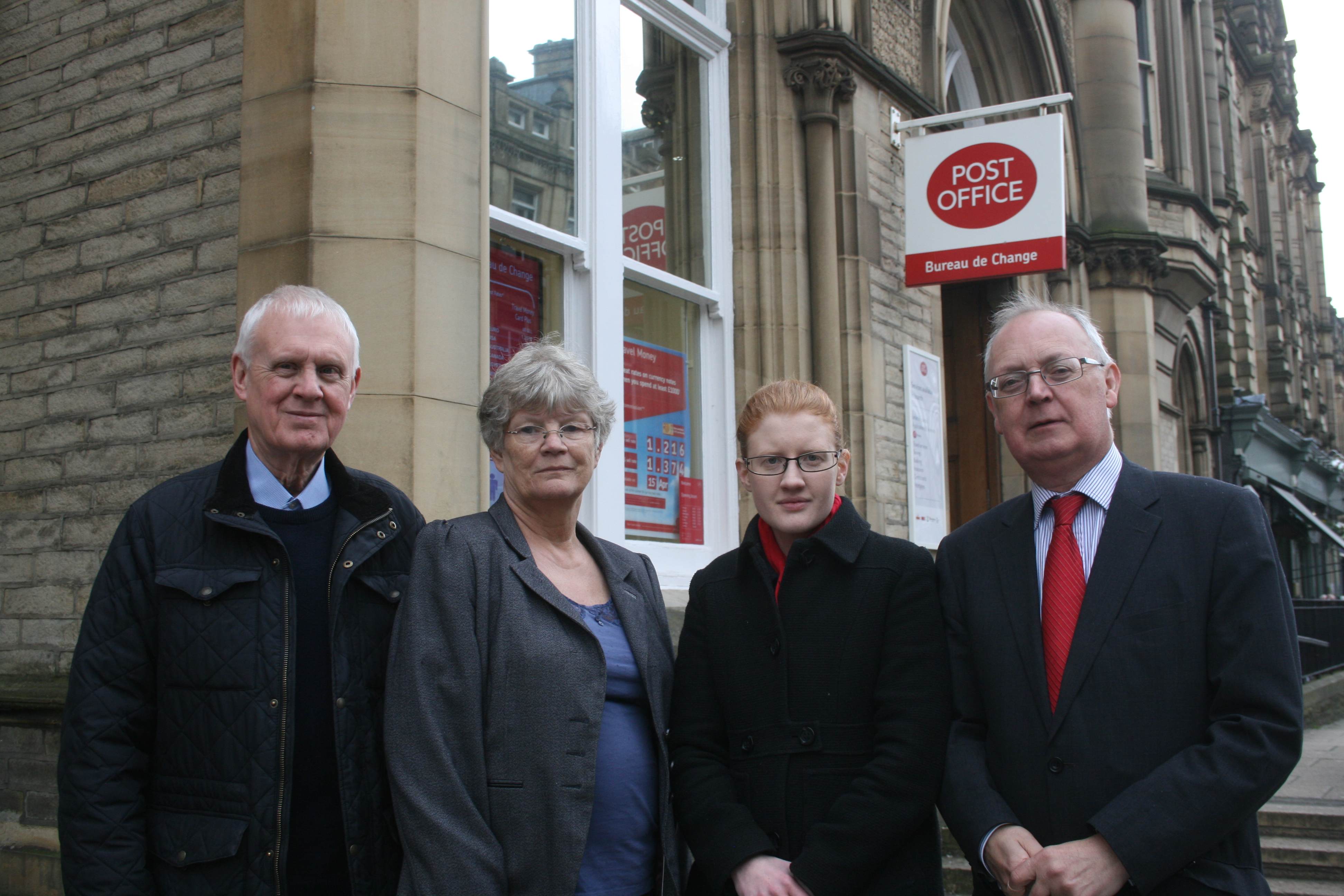 Holly has joined local Councillor Megan Swift in warning that the proposed closure of Halifax Crown Post Office, with the service moved to WHSmith, could lead to a worse service for customers in the town.

Around 2 months ago it was announced that Halifax Crown Post Office was in line to be ‘franchised’ to another retailer -; effectively a form of privatisation. More than 500 local people have signed a petition voicing concerns about the plans. Today it was confirmed that the Post Office intend to move all their services to WHSmith on Market Street.

The Post Office have said that there will be a formal consultation period which starts tomorrow (Wednesday 4th May) and runs for 6 weeks. The change is expected to take place in September of this year.

Anyone concerned about these proposals has been encouraged by the Post Office to participate in their consultation by visiting postofficeviews.co.uk and entering the unique code for this branch 00932099.

Holly is backing the campaign to try to persuade the Post Office to think again.

She said: “This is largely driven by Government policy -; they want to treat the Post Office as a business, and Ministers don’t want to take responsibility for decisions like this.

“But I am not going to let them get away with it and I will keep challenging them on their support for this unnecessary and unwelcome change”.

“I am concerned about future services, and also about the future of the historic Post Office building on Commercial Street.

“The Post Office could not guarantee that the new provider would offer all of the same services -; so that’s a particular concern for small businesses as well as residents. Existing staff will transfer over, but any new recruits will be on the terms and conditions of the retailer, which could well be less favourable for them.

“Many people have also told me how busy the existing post office is -; we don’t see how it could work for the service to be provided in another shop where it will be competing for space with other goods for sale.

“I am very concerned about what this change means for Halifax.”