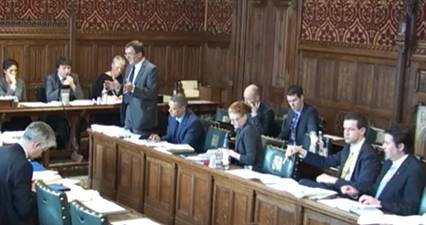 This week sees the continuation of the meticulous line by line scrutiny of the Government’s Energy Bill. It’s my job as the Energy and Climate Change whip to coordinate those sessions with our front bench and back bench members, to scrutinise the Government’s proposals and try to secure changes for the better.

The bill started in the Lords where Peers succeeded in making some positive changes, however the Government is seeking to revoke those changes again in the Commons.

Onshore wind is the cheapest low-carbon power source and the many changes proposed in the bill would be damaging to investor confidence in the renewables sector. They also undermine the Government’s overall commitments to green technologies and renewable energies.

We will also be tabling amendments to the bill which seek to force the Government to think again about its strategy for Carbon Capture and Storage (CCS).

The Government recently announced an unexpected axing of the £1 billion fund for CCS which also means we have lost out on 300 million euros in matched funding from the European Commission. A number of ground-breaking projects have since been cancelled. One example is the White Rose CCS project, which was in the pipeline for Drax power station. It was expected to generate enough low carbon electricity to power 630,000 households once up and running with hopes that up to 2,000 jobs would be created, bringing much needed investment to our area.

A less headline grabbing, but nonetheless important part of the bill, is the establishment of the Oil and Gas Authority (OGA) as an independent regulator. This will mean a transfer of powers for Oil and Gas regulation from the Department for Energy and Climate Change (DECC) to the new OGA. This was the focus of the first week of committee.

Labour MPs will also be drawing attention to just how much is missing from this bill which could have been included. For example there are no schemes for combatting fuel poverty, a huge omission given the recent figures released by the Office of National Statistics which predict that the number of people dying prematurely this winter is two and half times higher than in the previous winter.

The bill committee started on Tuesday 26th January and will run Tuesday’s and Thursday’s for three weeks, ending on Tuesday 9th Feb.