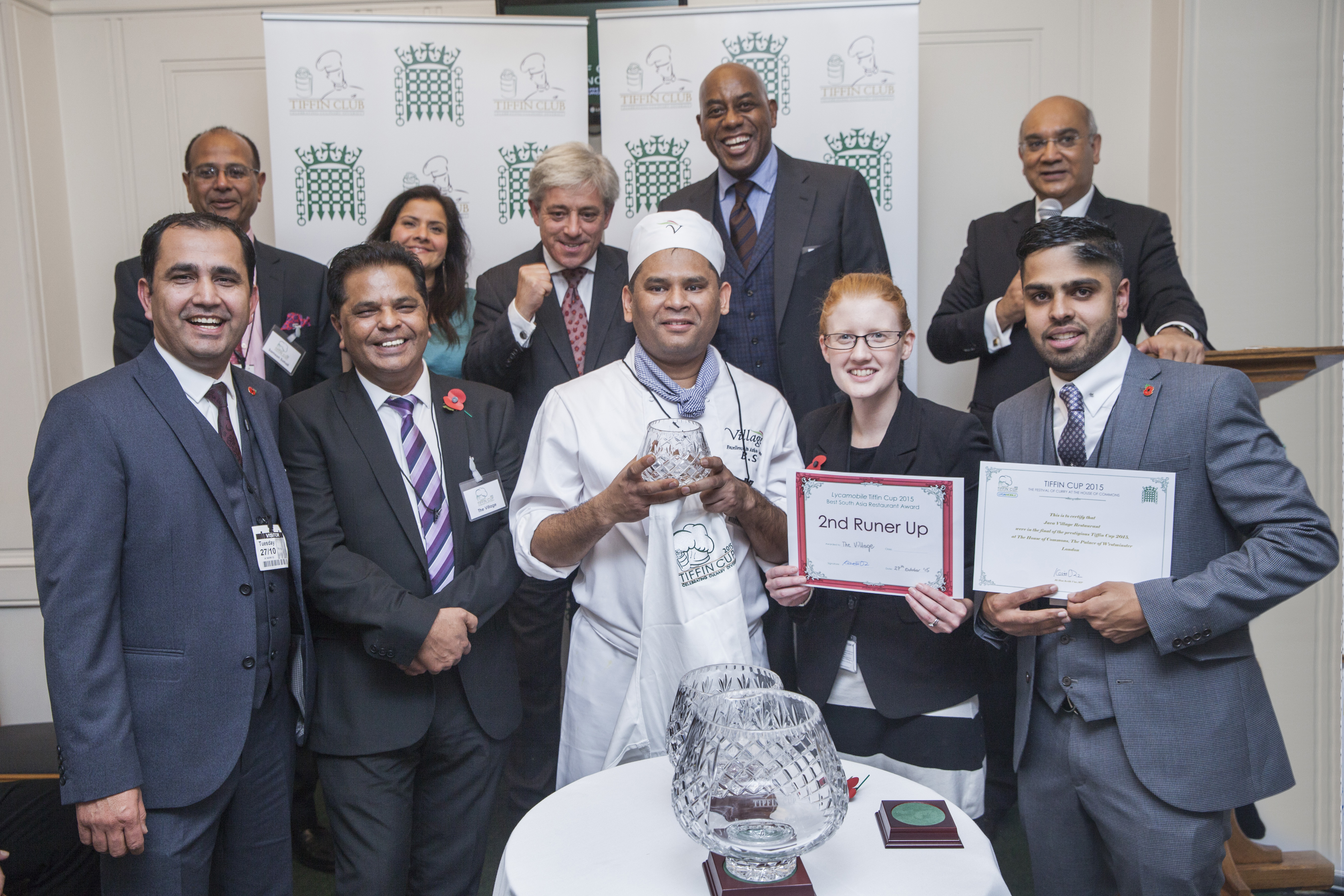 The Village restaurant from Sowerby Bridge has been named as one of the nation’s top three Indian restaurants at the final of the Tiffin Cup competition in the Houses of Parliament.

The Village was nominated by MP Holly Lynch and scooped a runner up prize, having already been named the best restaurant in Yorkshire and the Humber in the regional heat.

South Asian restaurants from every region in the UK competed for the top prize, with a panel of expert judges tasting their specially prepared dishes. Celebrity chef Ainsley Harriet was joined on the judges table by Nina Wadia, who plays Zainab Masood in the BBC’s EastEnders, as well as some of the biggest names in South Asian cuisine.

For the 10th year running, MPs were asked to nominate a restaurant in their constituency as the best South Asian restaurant in the UK. The Village beat off tough competition from other Yorkshire restaurants after impressing a mystery diner who judged each entrant. The regional winners were then invited to cook in the Houses of Parliament in the high-pressure final.

Head judge Ainsley Harriet and the Speaker of the House, John Bercow MP, joined Holly in awarding The Village their prize.

“This is a fantastic achievement for one of our best loved local restaurants, so my congratulations go to everyone at The Village. I know everyone in Sowerby Bridge is very proud.

“It was a huge success that they achieved the best restaurant in Yorkshire and the Humber, and to come third in the entire country is just incredible.”

“I’m so proud of what we have achieved and delighted to have been able to showcase our cuisine in such a prestigious competition here in the Houses of Parliament.”

“I was always confident of our ability to compete on a national stage and I must thank Holly for giving us the opportunity to do so.”