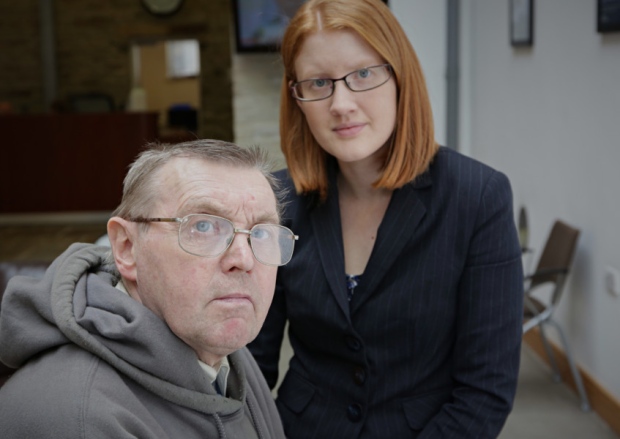 Michael Ward has lived with chronic leukaemia for 18 months and was diagnosed with severe arthritis in his left knee in 2012.

Despite the fact that doctors say he is too sick to work he has been told by the Job Centre that he is not doing enough to find a job.

Halifax MP Holly Lynch has taken up Mr Ward’s case and has vowed to highlight the issue in Parliament.

Ms Lynch said: “The Job Centre are telling me that Mr Ward is falling between two different benefits, but is eligible for neither.

“The Government needs to take a more compassionate approach – the DWP are making a real mess of this.”

Mr Ward’s case has now appeared in the Halifax Courier whose full story is available here.