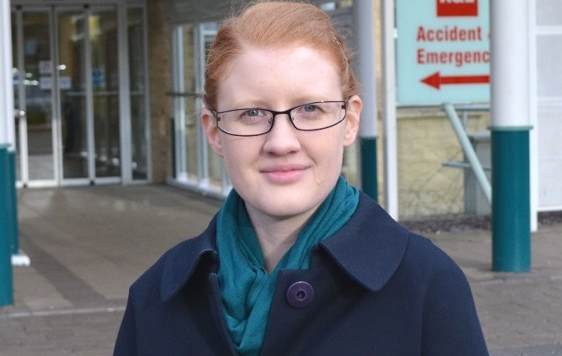 The NHS in Yorkshire is facing a staffing crisis which is putting patient safety at risk according to the Royal College of Physicians’ (RCP), and Halifax MP Holly Lynch is calling on the Government to act.

The RCP’s annual census looks at workforce challenges in the NHS and is used to highlight areas where frontline posts remain unfilled. It has found that during 2016/17 43% of advertised consultant posts in Yorkshire and the Humber were not filled and in acute medicine only 5 out of 26 posts were appointed to successfully.

The report also highlights the problems of an ageing workforce with 37% of consultants currently working in Yorkshire and the Humber set to reach the planned average retirement age over the next decade.

The Royal College believe that these staff shortages have direct implications for patients with 22% of consultants surveyed stating that trainee rota gaps have a significant impact on patient safety.

Halifax MP Holly Lynch is calling on the Government to tackle the staffing crisis. She said:

“These worrying figures show the impact of nearly a decade of Conservative mismanagement of the NHS.

“NHS staff feel undervalued and overworked meaning increasing numbers are either leaving the service or moving overseas. In addition, as a country we are not training enough medical students or alternatively attracting enough doctors and nurses from abroad.

“The impact of this is that wards are frequently understaffed as vacant posts are left unfilled, and patients are ultimately put at greater risk.

“The Government need to go much further to ensure that our brilliant NHS staff are properly valued and that more of the next generation consider training as medical students.”