Halifax MP Holly Lynch has called on prominent Conservative Angela Leadsom to ‘clarify’ comments made about frontline policing numbers after she claimed that frontline numbers had increased since 2010.

In a letter to Ms Leadsom, the Leader of the House of Commons, Ms Lynch notes that the Government’s own figures show that there was a reduction of 17,815 personnel from the frontline between 2010 and 2017.

In addition, figures compiled by the BBC also show how Government cuts have impacted on community support officers. Their numbers dropped from 14,393 to 10,205 between 2012 and 2017.

Ms Leadsom has recently told the House of Commons, however, that frontline policing has “in fact, slightly increased since 2010″.

Ms Lynch’s letter is available to read below. She is hoping that Ms Leadsom will consider a ‘clarification of these remarks”. 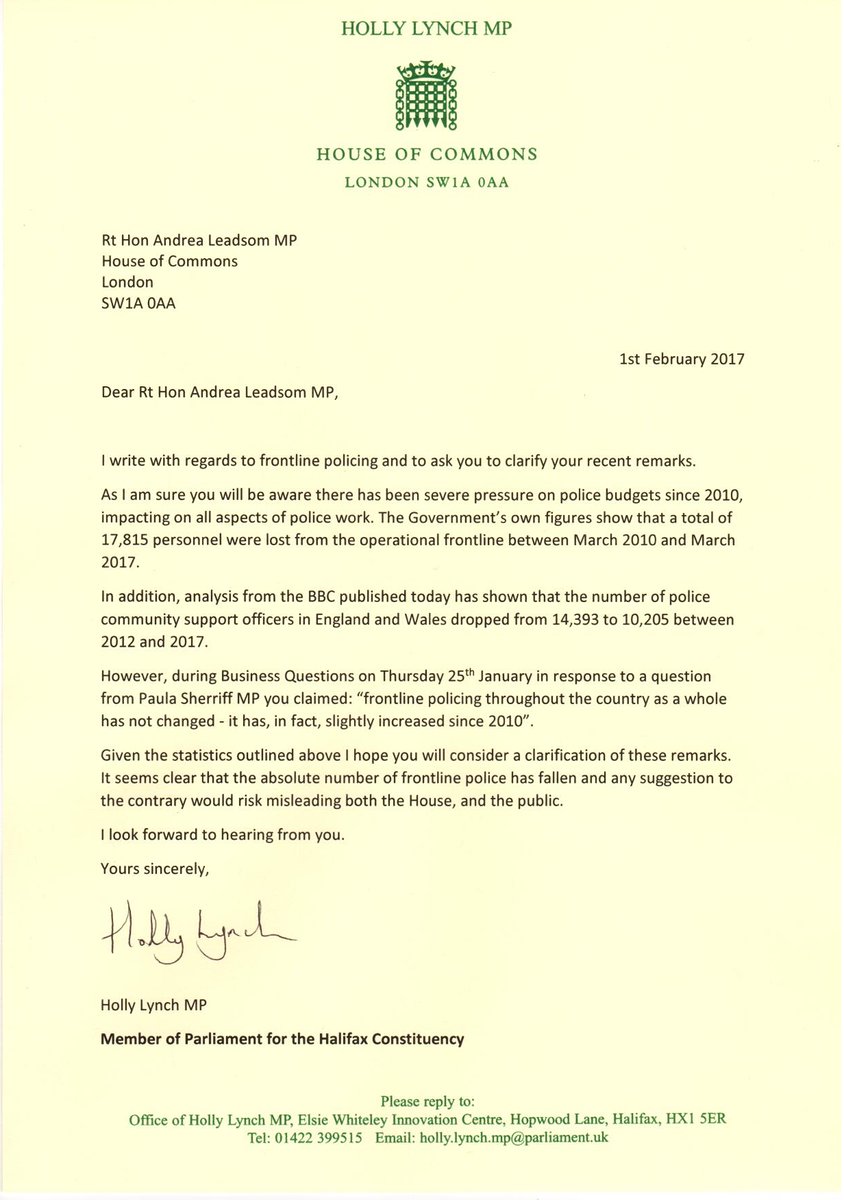