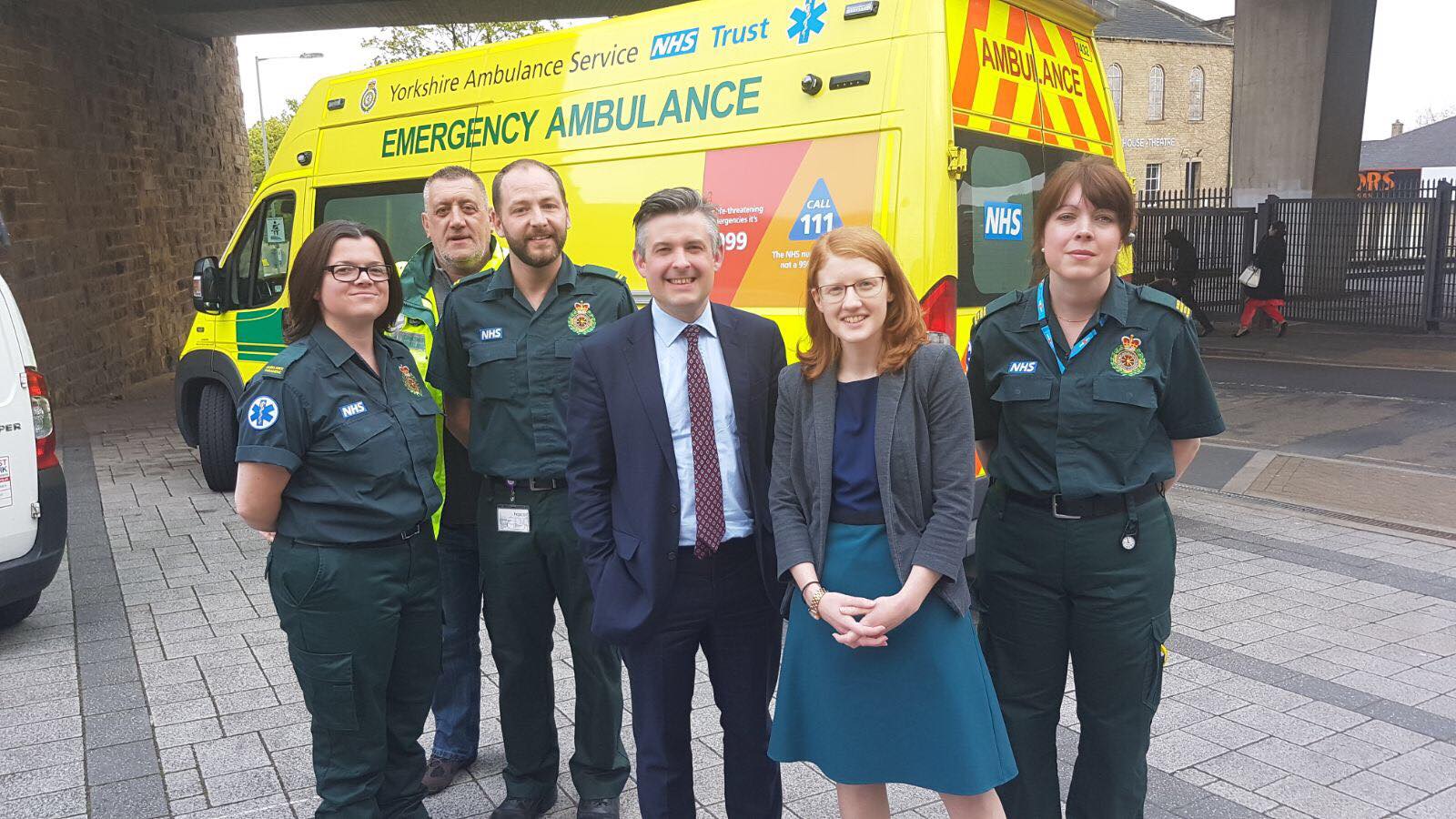 Labour’s Shadow Health Secretary Jon Ashworth has backed a campaign to increase protections for emergency service workers from assault after meeting with paramedics in Halifax this week.

Halifax Labour candidate Holly Lynch has been running a campaign to ‘Protect the Protectors’ after having to call 999 from the back of a police car for back-up when shadowing a police officer in Halifax last year who was at risk of being assaulted.

Local paramedics from the trade unions UNITE, Unison and GMB met with Ms Lynch and Mr Ashworth and explained some of the dangers they face on the job.

A report published earlier this year by the Yorkshire Ambulance Service revealed that staff faced “violence and aggression” on a weekly basis. There was a 50 per cent increase in reported incidents of verbal and physical attacks on staff, with 606 incidents reported in 2015-16.

Mr Ashworth used the visit to announce that a Labour Government would introduce legislation to make it a specific offence to attack NHS staff as “no one should have to go to work scared and intimidated”.

Speaking after the meeting he said:

“Today I’ve been in Halifax listening to paramedics about the conditions they work in. They are assaulted and threatened week in week out, just going about their duty serving the community. It’s a disgrace.

“Following the brilliant campaigning work of Halifax’s Labour candidate Holly Lynch, as Secretary of State for Health I’ll make it a specific criminal offence to assault paramedics and NHS staff.”

“It’s great to get Jon’s support for my campaign to introduce more protections for emergency service workers.

“I’ve been working hard over the last two years to tackle this problem and recently put forward a Private Member’s Bill in Parliament which, despite having cross party support, the Government failed to adopt.

“If emergency workers feel unsafe we all get a worse service. Those who assault these brave workers should receive custodial sentences which reflect the seriousness of the crime.”