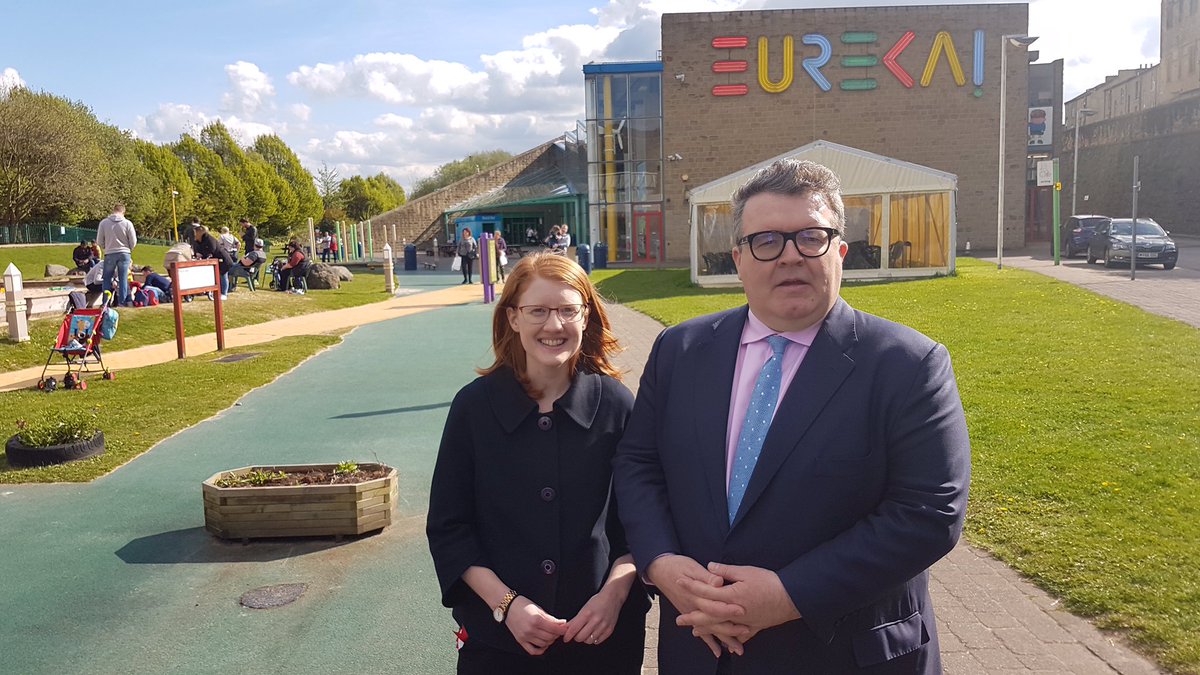 Holly’s campaign to deliver free entry to the popular Eureka Museum has received a boost from the Deputy Leader of the Labour Party who backed the proposal during a visit to Halifax this week.

Holly is calling on the Government to review its rules on museum funding which see the pioneering Eureka! miss out.

“It cannot be right that almost all the top museums in London are free yet families in Halifax have to pay to access their local cultural spaces” said Holly.

“Of all the National Museums, the ‘children’s museum’ should surely be as accessible as possible so it’s great to get this support from Tom Watson for my campaign.”

Despite being The National Children’s Museum, Eureka! does not qualify for the financial support which allows other national museums to allow free entry.

“Any profits from our entrance fees, gift shop, café, nursery and corporate activities go towards staffing and general upkeep of Eureka! Museum and Nursery.

“Eureka! currently gets no Government support and additional funding could bring the benefit of our unique educational experience to many more children from diverse backgrounds, opening their eyes to their potential and inspiring them to pursue new learning opportunities as they grow older.

“It was great to meet with Tom Watson and our local MP Holly Lynch who recently organised a meeting in London with myself and the Museums Minister on this issue.”

The Government has previously defended its decision not to fund Eureka! on the same basis as other national museums. Ministers have pointed to the collection of artefacts held by institutions such as the British Museum and described those of attractions such as Eureka! as “not of a standard or scale comparable”.

“Eureka! is a world class museum, it’s somewhere I’ve brought my own children and it was fantastic today to see the huge range of exhibits and activities for children of all ages.

“I pay tribute to Holly Lynch’s campaign for proper government funding for this museum -; it is a national museum, with children coming from across the country to experience it, and it should be treated as such.

“On 8th June, people in Halifax have a choice to make -; if you want a strong, determined campaigner who will fight for the issues that matter here in Halifax, you need to re-elect Holly.”