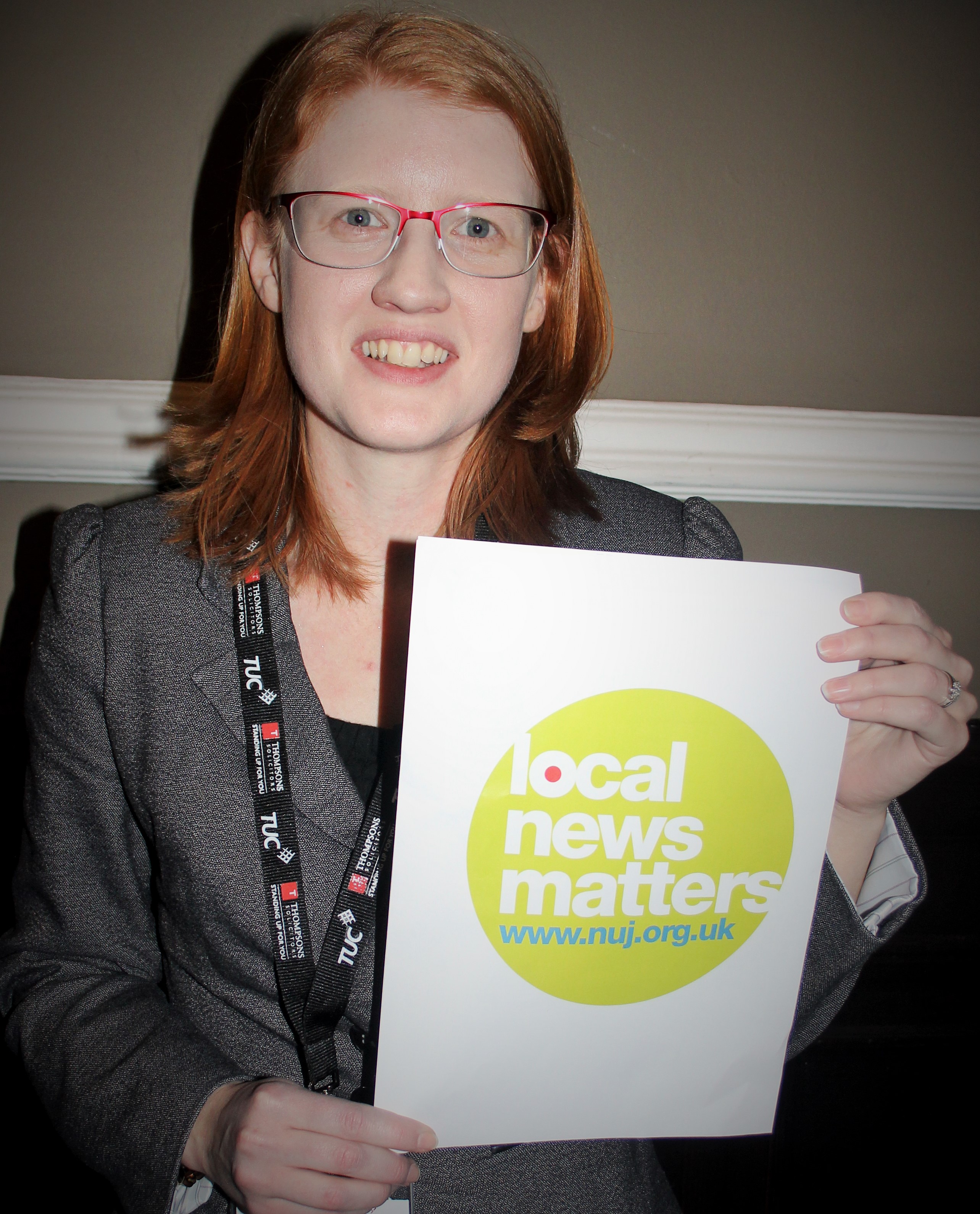 Holly has pledged her support for the National Union of Journalists’ Local News Matters Week campaign.

The week long campaign is urging government, devolved bodies and local authorities to take active steps to support sustainable investment in professional local and regional news provision online, in newspapers and on radio and television.

She is also lobbying the government to engage with the local newspaper industry to ascertain what steps can be taken to safeguard its future and prevent the loss of titles, which she said is now “a real threat”.

She said: “Local newspapers, like the Halifax Courier, are hugely important for our communities as they play a vital role in social cohesion and the democratic process. Without their reporting many matters of local interest and concern would not become public knowledge.”

“I am concerned about the worsening financial situation confronting the local newspaper industry caused by falling advertising revenue and fewer people paying for their news. This has led to a reduction in the amount of news coverage they can provide.

“A study by Press Gazette shows that over 300 local newspaper titles have closed over the past decade.

“I am therefore delighted to support the National Union of Journalists’ Local News Matters campaign and the call for government action on the challenges posed to the sustainability of local news provision.

“I am also urging the government to engage with local newspapers to see what can be done to ensure that they survive and prosper and continue to serve their communities, not least in Calderdale and throughout the North.”