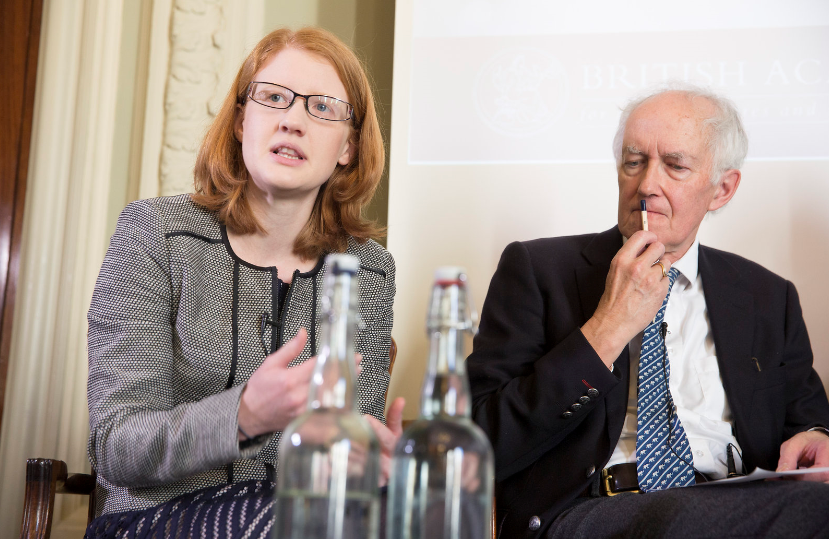 A new report which examines the extent of community cohesion in the UK and proposes measures to improve it, has been published at a launch attended by Halifax MP Holly Lynch. The report was produced by the All Party Parliamentary Group (APPG) on Social Integration and focused on Boston and Halifax.

The APPG is chaired by Labour MP Chuka Umunna who visited Halifax in August to talk to residents about their views on integration, immigration and how the EU Referendum had impacted on their lives.

As part of their findings the APPG has called on the Government and local authorities to play an active role in integrating communities that are now leading ‘parellel lives’. They recommend that this involve government investment in English classes to ensure that communities can communicate with each other as well as proposals for a regional approach to immigration policy.

“We welcome initiatives that facilitate the integration of all Britons and the approach of this report, in tackling this challenging topic, is one that we support.

Mr Umunna says in the report:

“Very few of the individuals we have met during visits to Boston in Lincolnshire and Halifax in Yorkshire were hostile to immigration. Indeed, most shared the view that it has been fantastic for our economy and for the cultural life of our country.

“It is clear, however, that demographic and cultural change has threatened people’s sense of security, identity and belonging within their communities and -; in some instances -; put pressure on local public services.”

“What does healthy immigration look like? What are thresholds in communities to be comfortable with immigration? And what are the implications for integration that come with that?”

Principles in outline are:

1. The Government must develop a comprehensive and proactive national strategy for the integration of immigrants. The parliamentary group says the strategy should include a focus on developing new community institutions that promote integration and funding existing ones.

2. Local authorities must be required to draw up and implement local integration action plans. One of the group’s recommendations here is the Government should consider immediately bringing forward plans for the launch of an Intergation Impact Fund.

3. The Government must reassess its current ‘one size fits all’ approach to immigration policy. Here it’s recommended the Government should appoint an independent commission to explore how a devolved or regionally-led immigration system might work.

4. For new immigrants, integration should begin upon arrival in the UK. As well as making recommendations on immigrants learning English, the parliamentary group wants the Home Office to look at ways in which new immigrants ‘could be placed on pathways to citizenship automatically upon their arrival to the UK’.

5. We (the Government) need more and better data on the integration of immigrants.

6. The Government should demonstrate strong political leadership on immigration in order to build public confidence and facilitate successful integration of new arrivals at regional and local level.