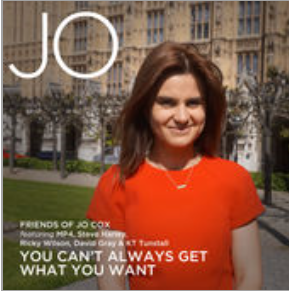 Holly has joined a host of music stars and MPs to celebrate the life of the late MP Jo Cox through recording a charity single which has just been released.

Under the name Friends of Jo Cox featuring MP4, Steve Harley, Ricky Wilson, KT Tunstall and David Gray the single is now available to download on itunes (click here). It is hoped it could be number one at Christmas.

Sales from the song, a cover of the Rolling Stones classic You Can’t Always Get What You Want will raise funds for the launch of the Jo Cox Foundation established after her death.

MPs from across the parliamentary spectrum joined the choir to highlight the cross-party support for the Foundation. 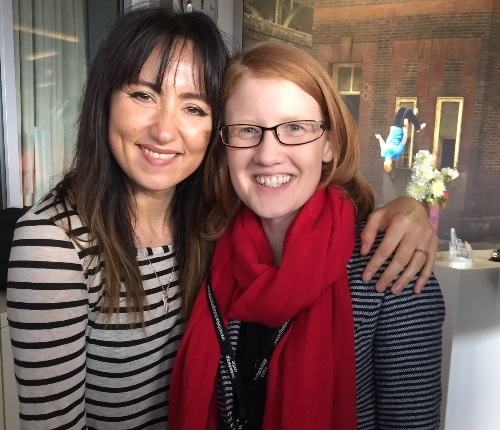 Holly took over the constituency duties of the Batley and Spen MP after her murder, helping the staff to wind down the office before a by-election could be held. She said:

“Jo was a friend and a colleague who inspired us all and I will always remember her warmth, her spirit, and her laugh.

“It was wonderful to see people come together for this recording in order to celebrate her life and her message that we have more in common than that which divides us.”

Renowned producer Robin Millar, who has worked with countless artists including Sade, Big Country and Everything But The Girl produced the single.

Robin Millar said “This is essentially a protest record as we believe a piece of music can still make a statement. We wanted to create something to show that Jo Cox’s hugely selfless and energetic campaigning must live on through greater unity. 16 MPs from across the political spectrum took part alongside our artists to reflect Jo’s belief that more unites us than divides us. I hope by making this record we can both honour Jo and help work continue through the Foundation.”

Steve Harley said “I am not really a political animal. But Jo Cox was a cut above and her legacy should be celebrated. Mrs Cox was a truly special person, and the more I learn about her life and work, the more deeply I admire her.”

David Gray said “In an era of public disenchantment that has seen politics discredited by corruption scandals and characterized by political campaigns driven by hateful and divisive language, Jo Cox was that rare thing – someone you could believe in. A dedicated politician working at the heart of her community who believed in a politics of compassion and in building a fairer world.”

KT Tunstall said “In such a divisive political climate here and abroad, it was an absolute honour to take part in a project that brought so many different people together, Jo Cox’s family, the local community, numerous MP’s from all over the country and from ALL parties, as well as music artists I very much admire. I was grateful to be able to talk with those who knew Jo, and I can only wish I had known her. She sounded like an extraordinary person. Many people told me she would have loved what we did making this song; coming together to honour the causes she felt so strongly about, and having so much fun doing it. It is a tragic loss that she is gone, but the best way to remember her is to take action, speak up, and be kind.”

Mrs Cox, a mother of two, was attacked by white supremacist Thomas Mair just days before the EU referendum in June. Mair has been told he will serve the whole of his life in jail for her murder.