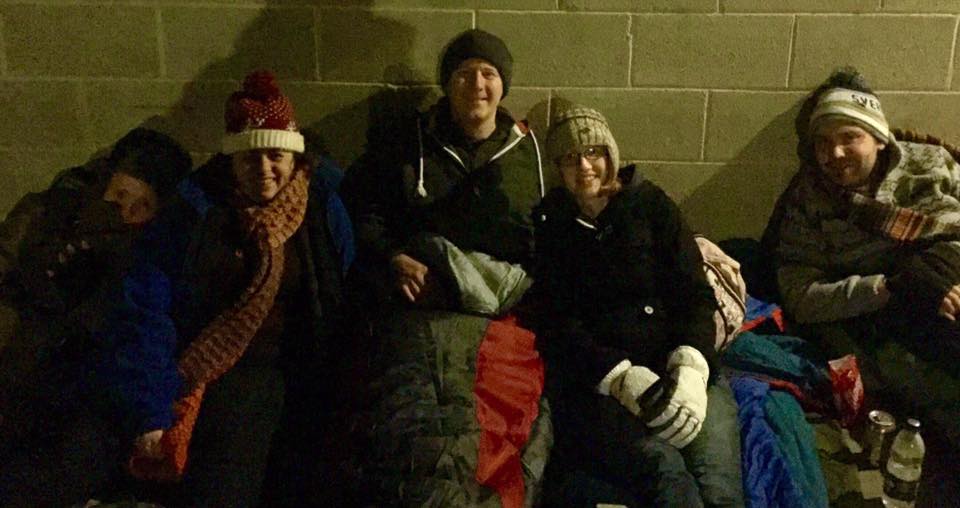 Charity fundraisers braved freezing temperatures to spend a night sleeping out at the Shay stadium in order to raise funds and awareness for homelessness in Calderdale.

The fundraiser was in aid of Calderdale SmartMove who work to help homeless and vulnerably housed people across the borough. From their centre on Harrison Road in Halifax, Smartmove assists people in securing accommodation, and offers additional support and training courses where appropriate.

Temperatures were near freezing as participants arrived at the Shay where they had to find an area to sleep in the stands. Around 60 people, including Holly and members of her staff, took part bringing sleeping bags, blankets and cardboard boxes in order to keep warm. Bacon sandwiches and cups of tea were provided to everyone in the morning.

Homelessness case work has risen by a third in Yorkshire and the Humber since the height of the recession, according to official figures from the Office for National Statistics. More than 32,000 families and individuals were recorded as being homeless or at risk of becoming so during the past financial year, a rise of 37.10% since 2009/10.

Cuts to council budgets as well as reductions in housing benefit have meant that charities are needing to do more to help those in need of shelter.

Holly, who was attending the Sleep Out for the second time, said:

“Homelessness is a growing problem and now that the weather is getting colder it is so important that no one ends up spending the night outside.

“Everyone taking part in this event saw how challenging it is to be sleeping rough and all money raised for Smart Move will help this brilliant charity provide the best support for people in our local area. A really big well done to all those who took part in the sleep-out.”

For more information about Smart Move: Ring 01422 361515 or visit www.calderdalesmartmove.org.uk 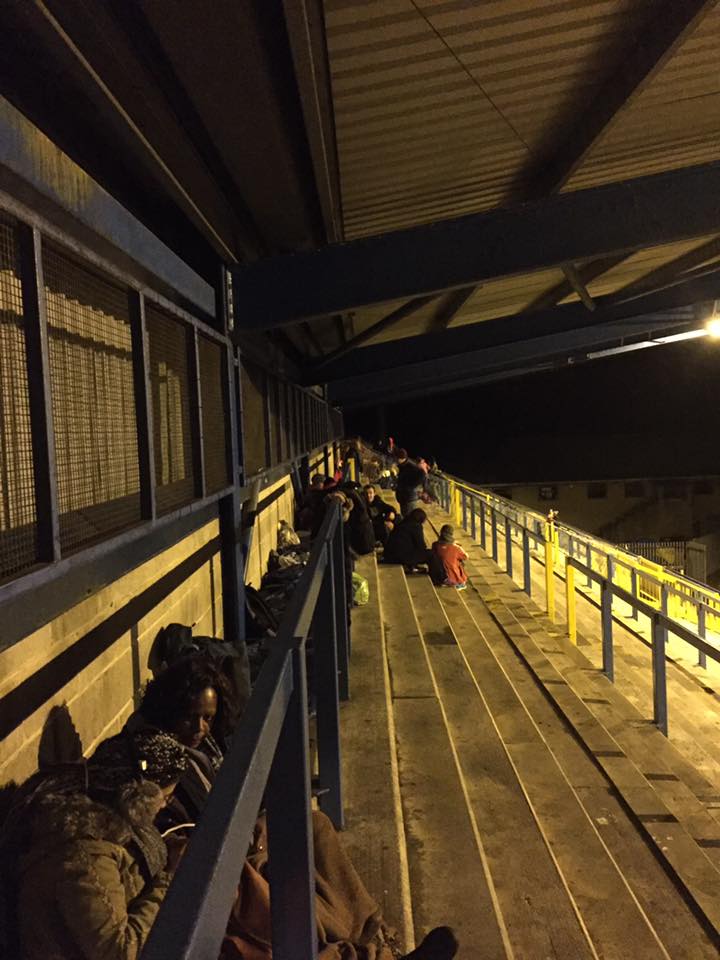