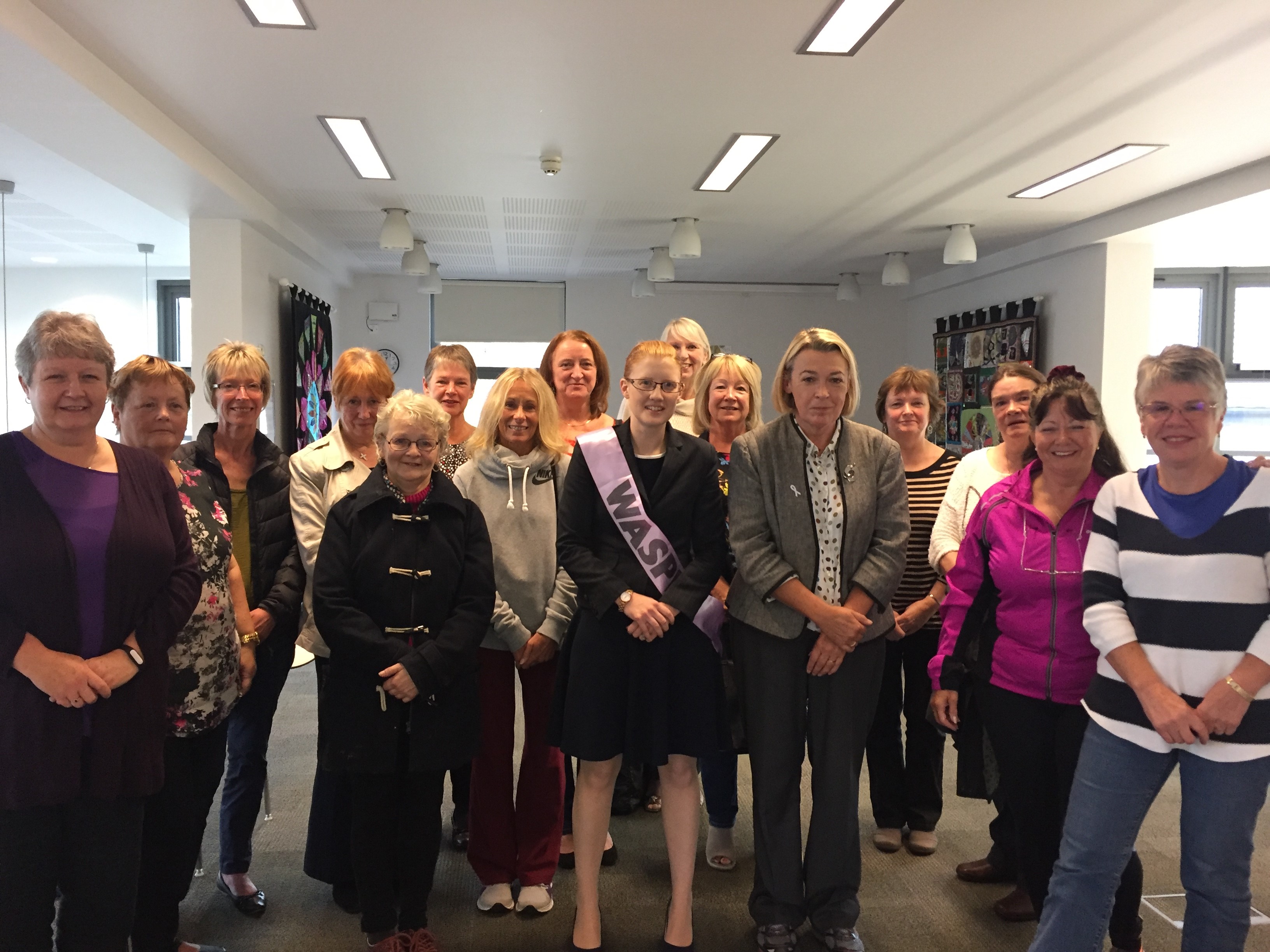 Local ‘Waspi’ women born in the 1950s, who are being adversely affected by an increase in the state pension age, have described facing uncertainty and financial hardship at a meeting organised by Halifax MP Holly Lynch.

‘Women against State pension Inequality’ have been campaigning for the Government to rethink the way it has increased the retirement age for women, without sufficient notice.  The problems stem from legislation from 1995 which looked to change the age at which women could claim their state pension from 60 to 65, to equalise it with the state pension age for men.

In 2011, the Government accelerated the changes however the local women explained that they were given as little as one year’s notice of up to a 6 year increase to their state pension age.

Barbara Keeley, MP for Worsely and Eccles and the Chair of the All-Party Parliamentary Group on WASPI spoke at the meeting to give women in Halifax an overview of what has been happening in Westminster to address the issue.

At the meeting, women shared their stories including one women who took the decision to take early retirement, a year from when she believed she could retire, in order to balance caring responsibilities at home. She was then told that she needed to work a further 6 years in order to draw her pension, and found it difficult to find another job.

Elizabeth Mitchell of Wheatley had hoped to receive her Pension and Bus Pass on turning 60 having been made redundant aged 58. She said:

“I started work at Crossleys Carpets from the age of 15 and I’ve paid full stamp from the day I started work. In those days we did not have equal pay and women were expected to get married, leave work and have children.

“I, like so many others, checked out the Pensions website and followed the instructions which showed that yes, my retirement age was 60.

“I was 60 in December 2015 and stupidly thought I would apply for my bus pass. I was shocked to learn that I would not only have to wait until I was 67 for my pension but I won’t get my bus pass until then either.

“There are loads of women like me in our area and I hope everyone will support the 1950s’ women of Calderdale”.

Ms Lynch said; “There have been 6 debates in Westminster on this issue now, with MPs from all over the country calling on the Government to introduce transitional measures, to gradually increase the state pension age.

“Hundreds of women in Halifax are affected by these changes and we can’t forget that these women have faced a great deal of inequality in the workplace since the 1950s when there were no maternity rights and no equal pay.

“They cannot be left to face further inequality in their retirement so it is only fair to give them time to financially re-adjust to these changes.”

The Waspi group is looking to form a Halifax group and are looking to meet with people affected by the changes in the State pension age. Contact holly.lynch.mp@parliament.uk or call 01422 399 515 for more information.