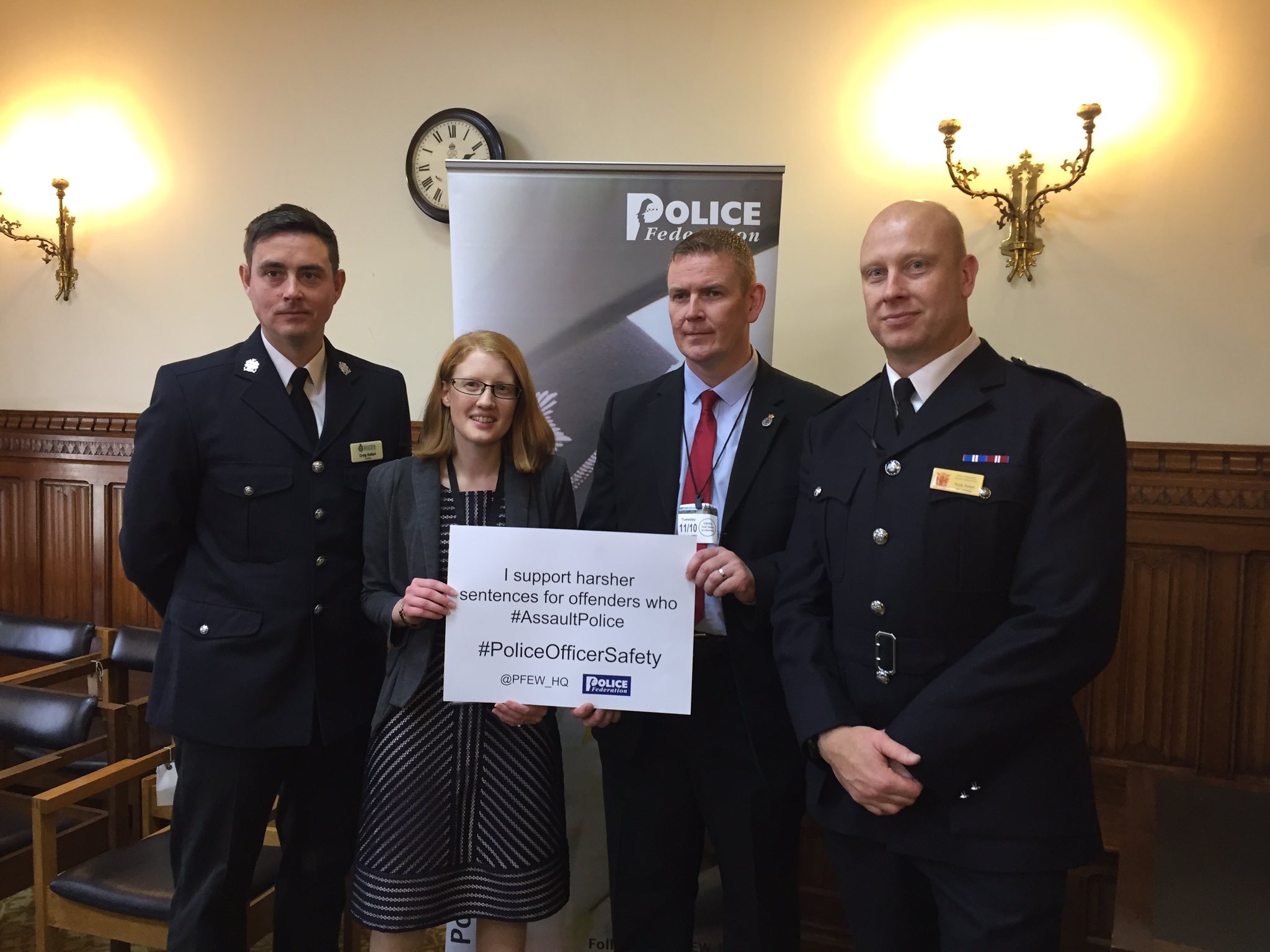 Following my experience out with officers on the front-line, I worked with the Police Federation to put together a ‘day of action’ in the House of Commons to ask the Government to finally get tough on assaults on officers.

Over the course of the day, we had several events, a social media campaign, and an adjournment debate in the main chamber.

We kicked off with a drop-in session for MPs to come and meet their Federation representatives, meet the officer I went out on patrol with, and show their support for the campaign by sending out a press release to their local papers calling on the Government to act on assaults on officers. Over the course of the 2 hour event we were inundated with more than 50 MPs wanting to lend their support to the campaign and ask for more information about doing a shift with their local police.

Lots of the MPs tweeted their support using the hashtags #ProtectTheProtectors and #PoliceOfficerSafety. Even MPs who couldn’t attend got involved with the campaign by issuing press releases and sending their support over social media.

We then took the issue to the Chamber for the Adjournment Debate. It’s worth noting that adjournment debates are the graveyard shift of Westminster. They are just 30 minutes and come right at the end of the day once the official business and legislation have finished. They give backbench MPs the chance to summon a Minister to the dispatch box but come late in the day and are usually attended by one man and his dog (on a good night!)

25 MPs joined us and so many took to their feet to make interventions, that we nearly ran out of time for the Minister to respond!

Following the debate both the Policing Minister Brandon Lewis and the Shadow Home Secretary Diane Abbot came to meet my Federation chair, Chief Inspector Nick Smart and PC Gallant the officer from Halifax to hear more about their experiences.

I raised a lot during the debate but my 3 key asks were that the Home Office starts to record all assaults on officers and standardises the process across Forces. This will enable us to really understand the scale of the problem and empower decision makers to do something about it.

And thirdly, enough of the cuts, we have to have enough boots on the ground so that we are not routinely sending officer out on there own.

We’ve got a long way to go with this campaign but we have firmly put this issue on the agenda in Westminster. Other MPs are already asking me how we can take this forward and now the Government knows that this issue is not going away, I’m optimistic that we can secure the changes we want to see. 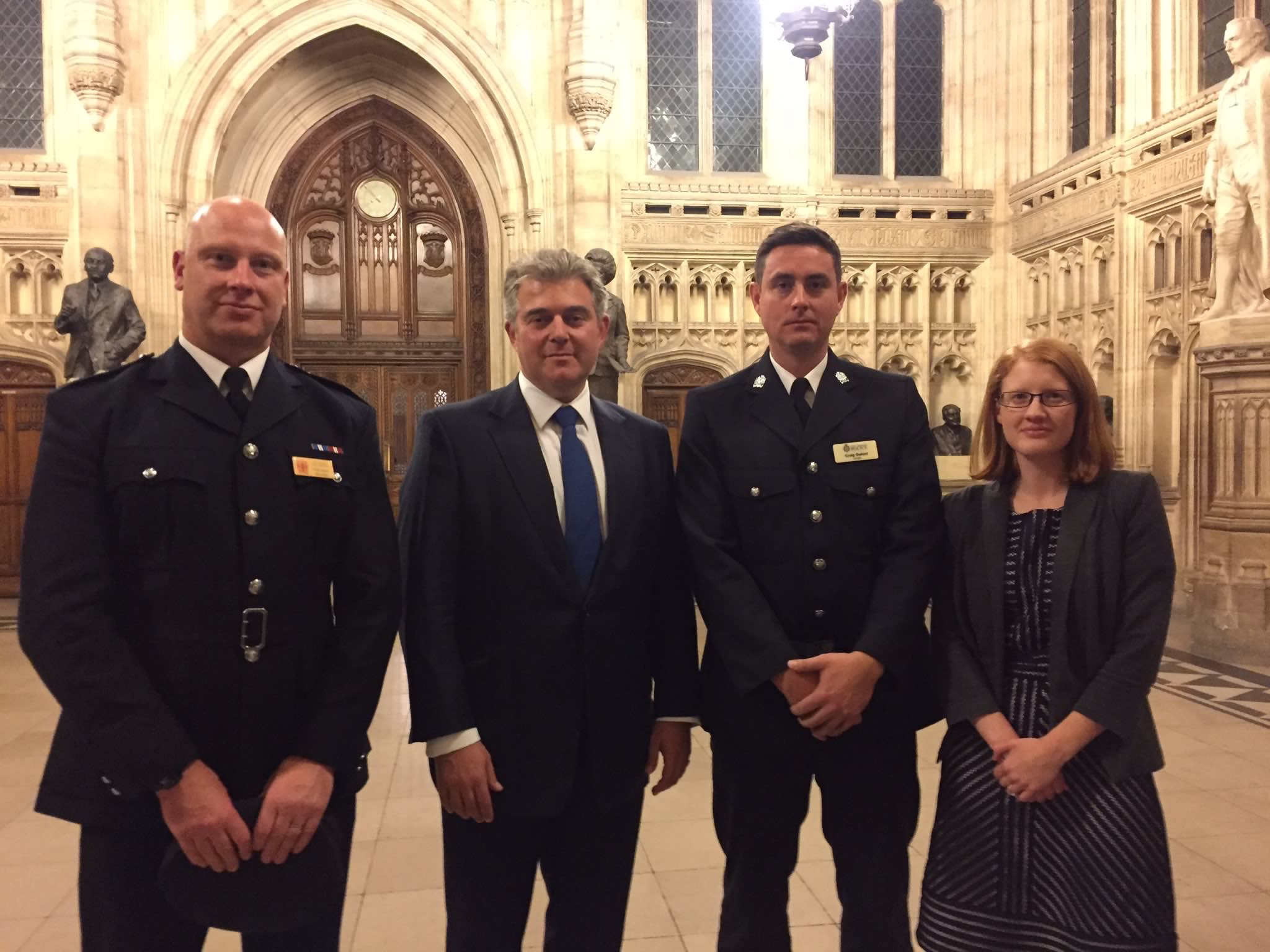