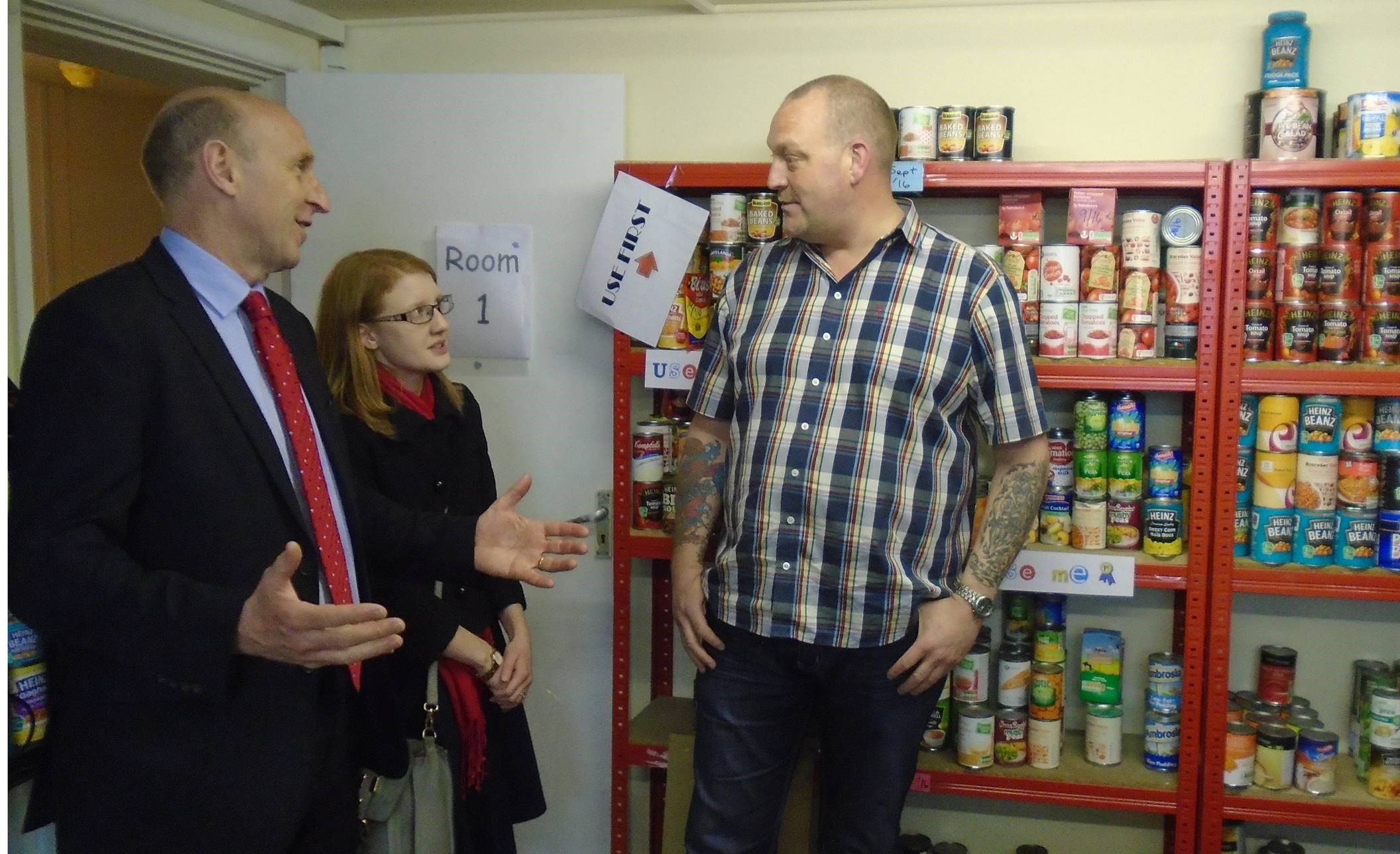 Holly introduced Mr. Healey to staff from local charity Smartmove during a visit to their offices.

Calderdale SmartMove assists homeless and vulnerably housed people in finding accommodation in Calderdale. Established in 1998 they have recently expanded into larger new premises in Halifax.

Craig George, from Smartmove, explained the services that the charity offers and the impact of housing benefit changes and benefit sanctions. Housing benefit is currently being cut for those under 25 and there is concern that this could lead to an increase in homelessness.

There are also worries that benefit sanctions, where benefits are withdrawn if certain criteria are not met, are leaving vulnerable people penniless and more likely to end up on the streets.

Mr Healey is the Labour MP for Wentworth and Dearne and has served as a minister for housing and for local government. He said:

“The housing crisis is causing misery for people across the country; Holly invited me to Halifax so I could see the problems people are facing here.

“Charities such as Smartmove are doing great work helping some of the most vulnerable in our communities when the Government have failed in their duty to provide adequate support.”

Holly and volunteers from the Labour Party recently helped decorate Smartmove’s new building on Harrison Road after the charity put out a call for assistance with the renovation. Holly is also sleeping rough later in the year as part of an event to raise money for the centre.

“Smartmove have a fantastic team of people who make a huge difference to our community. They depend on volunteers and donations from the public and provide a top class service for homeless and vulnerably housed people.”

“It was interesting to meet with Holly and John to discuss the way our charity helps those in need of emergency accommodation.

“Housing issues are a problem for many vulnerable people in Halifax and it is good that politicians are listening to us and taking them seriously.”