Holly uncovers that thousands of pounds were wasted at Halifax courts 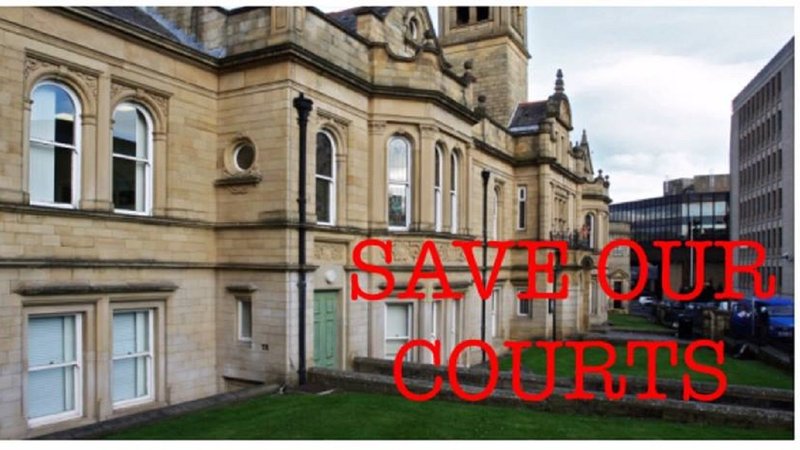 Holly  has slammed the Government for wasting public money on an expensive upgrade of Calderdale Magistrates Court just months before it was announced it would be closing.

Last summer the court underwent a digital transformation with the installation of state of the art in-court presentation technology. This allows the sharing of digital material such as photos or videos through a wireless link to in-court TV screens and was intended to make it easy to share and present evidence digitally.

While much of the technology could potentially be moved to other courts after the closure, campaigners have highlighted the fact that the cost of labour and wiring alone will have cost the taxpayer thousands of pounds which cannot be recovered.

John Bottomley, chair of Halifax and Huddersfield Junior Lawyer Division, who campaigned to save the courts from closure said:

“The technology upgrade last summer meant that the courts in Halifax were well equipped for the future as lawyers had access to state of the art presentation technology.

“Unfortunately thousands of pounds have been wasted on labour and wiring for courtrooms which are soon to be closed down”.

The news comes after it was announced last month that after serving the town for 140 years both Calderdale (Halifax) Magistrates’ Court and Halifax County Court and Family Court were to close as part of cost cutting measures by the Government.

Holly uncovered the information about the recent upgrade through a parliamentary question to Justice Minister Shailesh Vara. She commented:

“It shows an incredible lack of judgement by the Conservative Government that our courts have been scheduled to close just months after this expensive upgrade.

“This Government’s short term thinking has yet again led to a situation where they are throwing money down the drain.

“This revelation brings further frustration to those who campaigned for the plan supported by local magistrates, lawyers and campaigners to merge our two courts into one building.