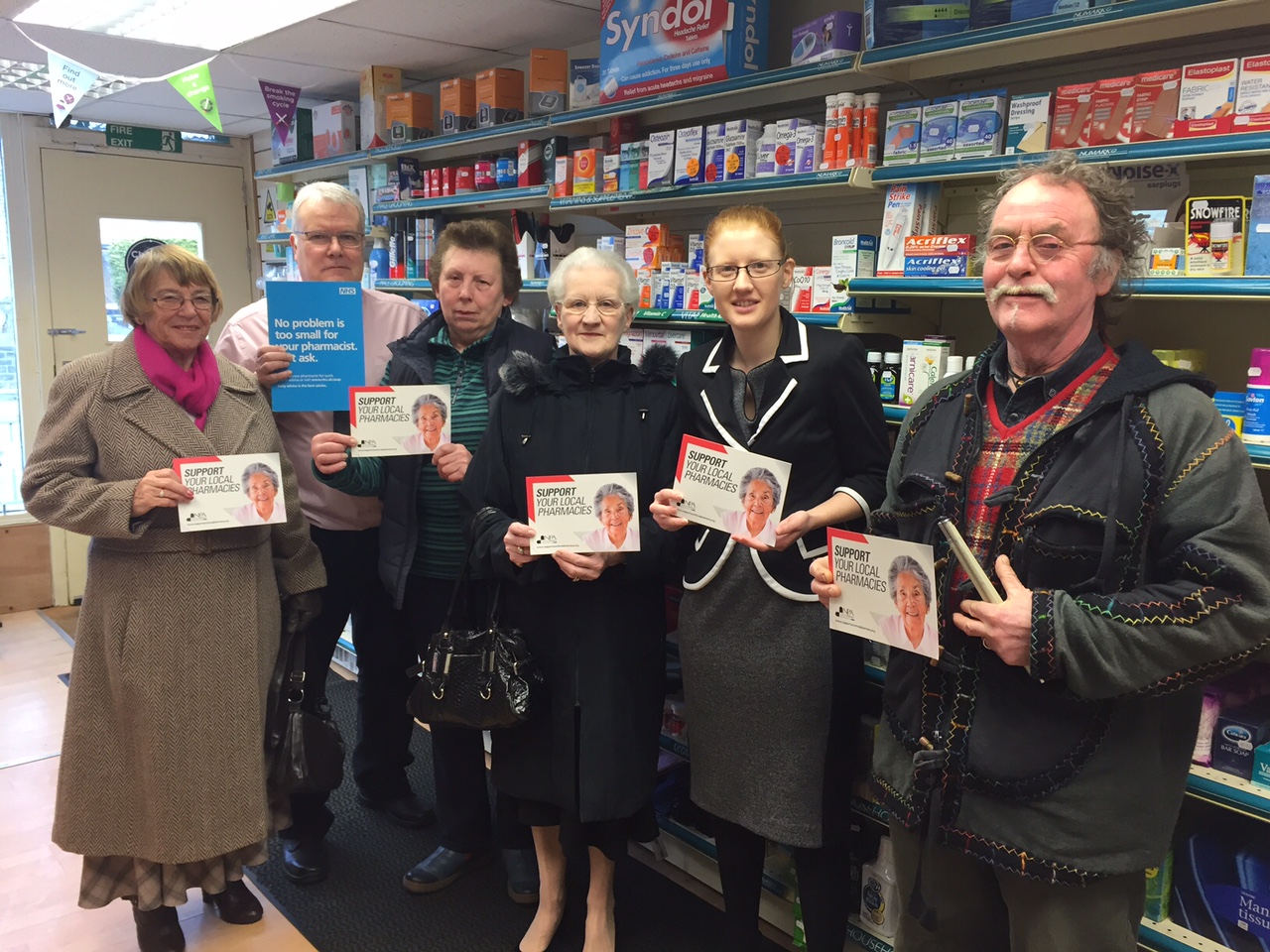 Halifax MP Holly Lynch is supporting local pharmacists against a significant cut to their funding from central government.

The £170m cut to community pharmacy funding will be implemented from October this year and as many as 3,000 pharmacies are expected to close as a result -;around a quarter of all pharmacies in the UK.

It is expected that there may be a drive towards ‘warehouse dispensing’, which critics argue could compromise patient safety and severely diminish the relationship qualified pharmacists have with their local communities.

Holly recently organised a meeting of smaller, independent pharmacists who are expected to be particularly ‘squeezed’ by the cuts, as well as meeting with customers at Shelf pharmacy to hear how much they value the services offered by their local pharmacy.

Shelf Pharmacist Andrew Boyle said; “We provide services such as minor ailment schemes, medicine use reviews and smoking cessation initiatives which help us to keep patients healthy and reduce pressures on GPs surgeries.”

Holly added; “Some patients and customers are telling me that they have been seeking medical advice from the same pharmacy for 30 years. They trust their local pharmacist and at a time when we’re seeing such pressure on GPs and changes ahead for our hospital, people want assurances that their local pharmacy will be there to deliver services in the community. These cuts are incredibly short-sighted.”

In order to secure a debate in Government time, Holly is urging people to sign an e-petition against the plans. The petition can be found at https://petition.parliament.uk/petitions/116943