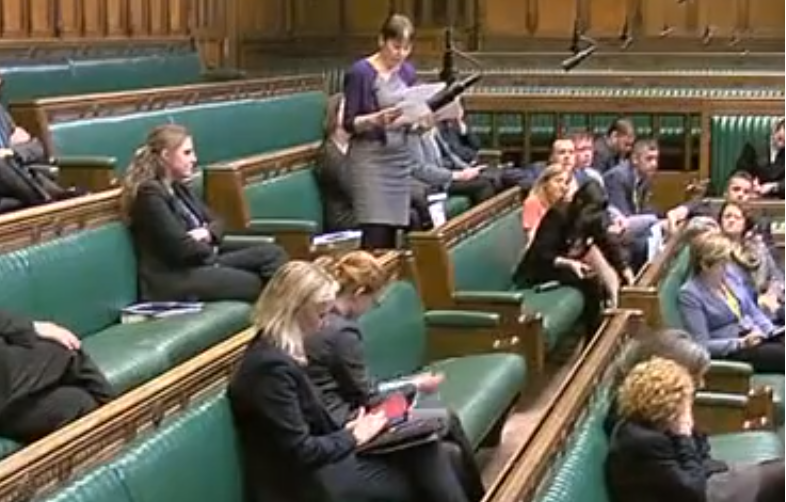 Tories in Westminster today prevented debate from moving on to the NHS reinstatement bill, by ‘filibustering’ the preceding Private Members Bill.

Halifax MP Holly had explained to local NHS campaigners that the likelihood of this happening was high because the nature of Private Members Bills means that without Government backing, they will not get the support required to progress.

Holly said; “Whilst I have mixed views about the NHS reinstatement bill, I decided to attend the debate in the hope that I would get the chance to raise issues relating to the reconfiguration of Huddersfield and Calderdale hospitals.”

Holly is a member of the Procedures Committee which is undertaking an enquiry into Private Members Bills and will make a number of recommendations o the Government to improve and reform the process in the next few weeks.

“Unfortunately current procedures leave both MPs and those watching the debate at home, feeling robbed of the opportunity to really debate important issues. The system reforming and hope the Government will respond positively to the recommendations in the report.”

Holly had intended to make the mismanagement of staff related issues, the spiralling agency staff bill and a lack of collaborative working across health and social care some of the main points in her speech but was not called as the bill was only left with 16 and a half minutes in total.