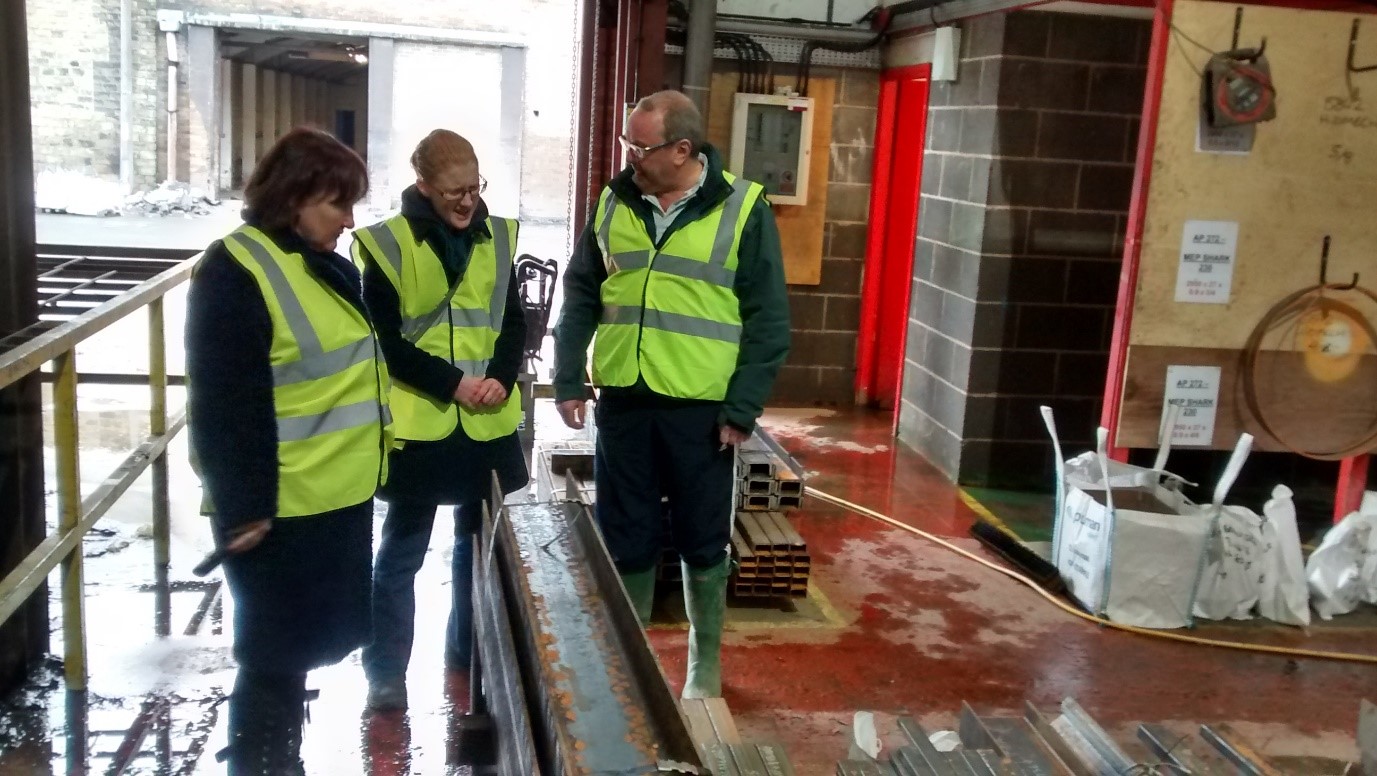 Following the recent severe flooding in Calderdale Holly was this week joined by Shadow Environment Secretary Kerry McCarthy MP to assess the damage caused by the floods and see what needs to be done to protect homes and businesses in the future.

Halifax MP Holly, introduced Kerry to volunteers helping with the clean-up effort at Christ Church in Sowerby Bridge and discussed the Council’s support for those affected with Council Leader Tim Swift.

The two MPs then visited the Pulman Steel site in Sowerby Bridge to discuss the damage caused by an unprecedented amount of water entering their facility which caused hundreds of thousands of pounds of damage.

They went on to meet with Yorkshire Water where they discussed the important role the water company plays in managing reservoirs and moorland and how they had ensured that household water supplies were unaffected.

“The recent floods have been devastating for Calderdale. It is heartbreaking to see people’s homes and businesses ruined by flood water.

“It was good to be joined by Kerry McCarthy who leading the fight for an increase in the flood protection budget which this year alone has been cut by £115 million.

“It is increasingly clear that so-called ‘unprecedented’ weather events are here to stay. The Government must drop its complacency over the need for climate change adaptation.

“It must also invest in maintaining flood defences, rather than cutting them as they had planned, as well as look urgently at what else can be done to reduce flood risk in future.”