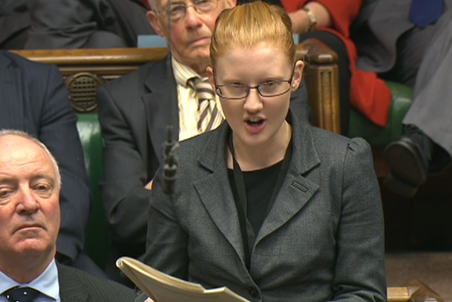 MP for Halifax Holly Lynch has accused David Cameron of backtracking on his election promises on Calderdale Royal Hospital.

“During the general election campaign, the Prime Minister came to my constituency and promised to keep Calderdale Royal’s A and E department open and sort out the financial mess that our hospital was in. Since then, the Government have backtracked on both promises, saying that these are matters for the local NHS trust and for the clinical commissioning group. Will the Prime Minister show that he is a man of his word by meeting me to discuss ways in which he can honour his election promises?”

Mr Cameron responded by stating that the government were investing billions of pounds extra in the NHS, but he said decisions on the hospital should be made locally.

Calderdale Royal has been struggling to cope with large debts and a planned reorganisation could mean its A&E department is axed. In April, the Prime Minister used a campaign stop in Halifax to say:

“After the election we want to do what we’ve done with other hospitals, which is sort out the PFI mess and financial mess that they’re in. I want people to know that Calderdale Royal Hospital is going to provide great services.”[1]

“The Prime Minister has ruled-out the closure of the A&E.”[2]

“David Cameron’s response shows contempt for the people of Halifax. He clearly has no intention of stepping in to help our hospital despite his pledges this April.

“Figures released this week show the NHS is now in the grips of the worst financial crisis in a generation, and our local NHS Foundation Trust here in Calderdale desperately needs government help with its crippling debts.”