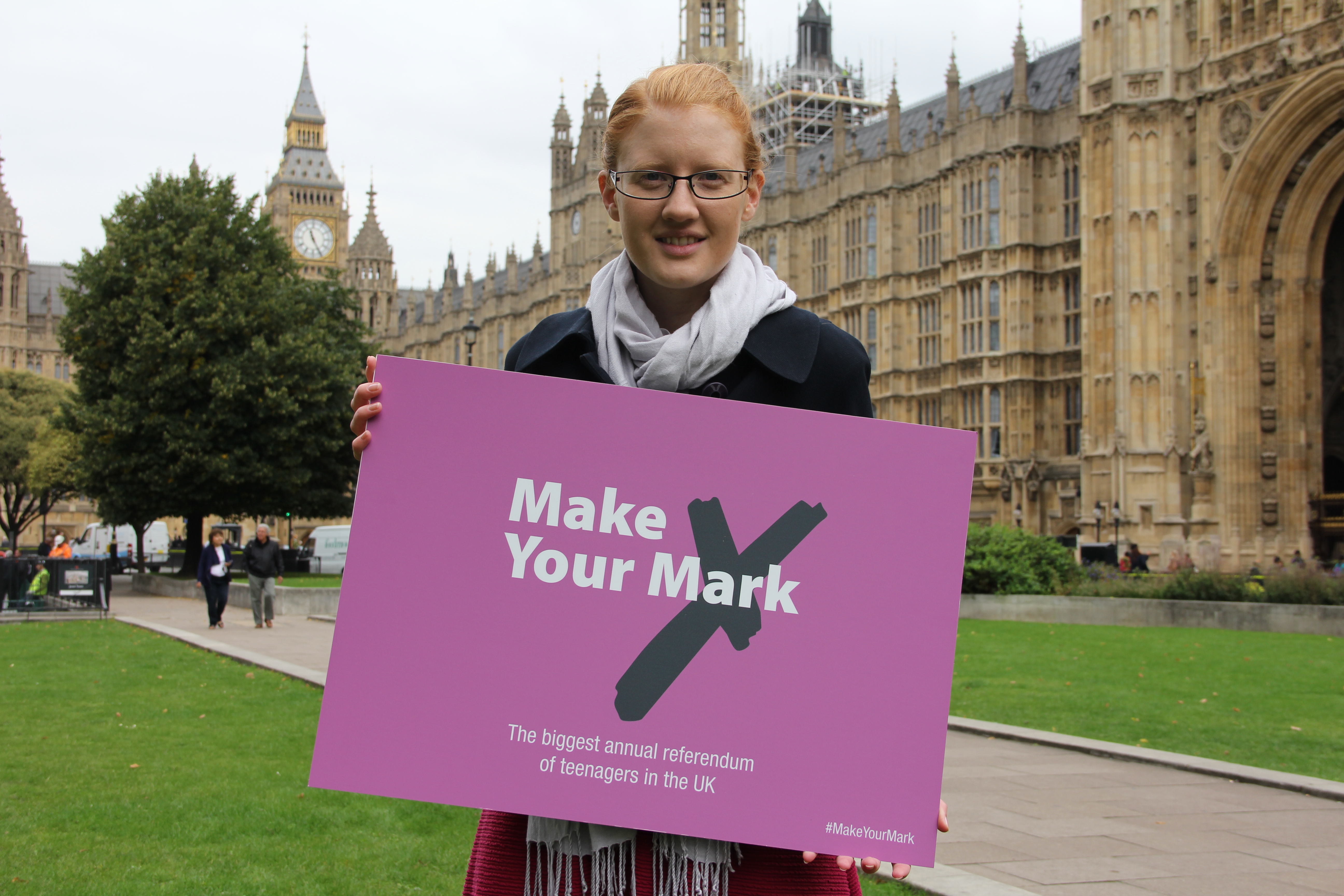 Holly Lynch joined 100 other Members of Parliament to back the launch of the Make Your Mark campaign outside Parliament this week -; an annual ballot which seeks young people’s views on a range of political issues.

The ballot will contain ten policies voted for by Members of Youth Parliament including poverty, mental health, curriculum, climate change and votes at 16, and have reflected their election pledges in local elections across the UK.

The issues will be brought to the attention of Government Ministers, including the Minister for Civil Society and Youth Policy, in a Commons Youth Parliament debate chaired by Speaker John Bercow MP.

Young members will then walk through the division lobbies to vote on what should become their priority campaigns for the forthcoming year.

Young people can take part in the consultation by visiting: www.ukyouthparliament.org.uk/makeyourmark

“This is the biggest youth ballot in the UK and Europe, when over a million people are expected to ask the Government to listen to their concerns. Young people do care, are active, want change, and have something to say. Let’s listen.”

“It’s great that 100 MPs are supporting this launch and that is has cross-party support.

“As a young Parliamentarian myself I think it’s vital that the results of the ballot are taken seriously and that young people are given the opportunity to voice their opinions in Parliament.”