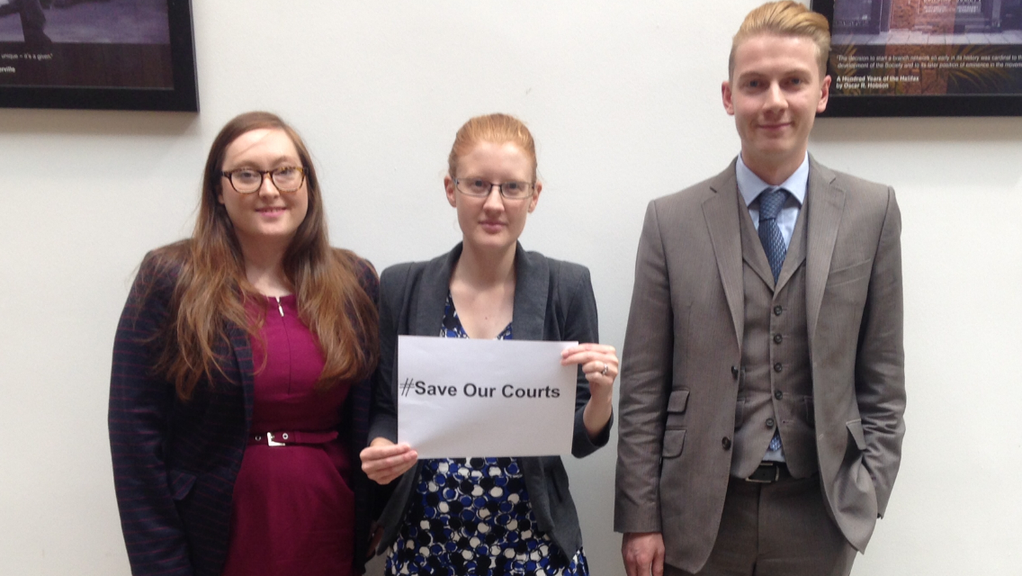 On the 16th July it was announced that both Halifax Courts are among the 91 Courts in the UK that are threatened with closure. The County Court and Family Court, and Calderdale Magistrates’ and Family Court which are both currently based in Halifax town centre could both be transferred to Bradford.

On the 22nd July 2015, a motion proposed by Councillor James Baker to save both Halifax Courts was unanimously passed by Calderdale Council.

Halifax MP Holly Lynch has joined the calls to keep court services in Halifax. She recently commented that:

“The Government has attacked fair and appropriate access to justice over the last 5 years, with cuts to legal aid and now our courts.

“Yesterday I met with young lawyers in Halifax who know that their careers will be affected if there are no courts in Halifax. The court closures will have a massive knock-on effect, for jobs, businesses, victims of crime, for the local authority and for the buildings themselves.

Ms Lynch has offered her support to a petition which has been set up to show the strength of opposition to the closures. She urged everyone concerned about the threat to local justice to sign it:

“We all like to think that we won’t need to use the courts but access to justice has taken a hammering under this government so please do sign the petition to join the fight-back.

“Please join the campaign to let David Cameron know that we must save the buildings, the jobs and access to justice – we want the courts to stay in Halifax.”

Consultation on the court’s future continues until October when an outcome will be announced.The petition can be signed by clicking here.